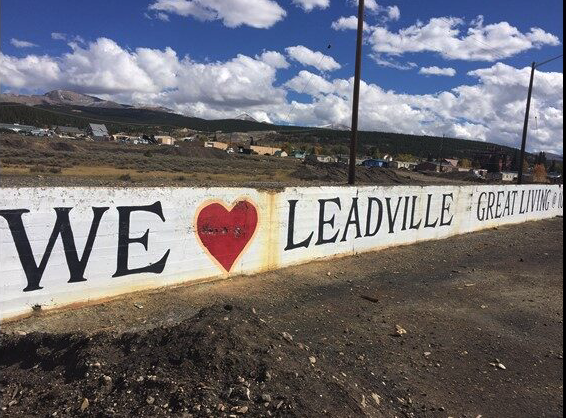 Although it’s nowhere near as old as the city itself, Leadville’s big white Wall has plenty of history for locals. The giant “We Love Leadville Great Living @ 10,200’” message painted on the Wall has been a gateway marker for the community for nearly 30 years. So when it comes down the make room for a housing development, it’ll be missed.

Julie Lundgren was among the group of people who originally painted the message in the late 80’s. Since then, she’s repainted it a few times.

“One time they changed the L to a D, so it said ‘We Love Deadville,’” Lundgren said. “They erased part of the letters, so it said ‘We Love Advil.’ When a local kid was lost in the war in Iraq, somebody painted a broken heart through the heart. So, that was kind of sad.”

The Wall is about 180 feet wide and nine feet tall.

It’s hard to miss for drivers pulling into Leadville from the north.

Leadville’s Administrative Services Manager Sarah Dallas says the Wall has become a symbol for the city.

It stands in a blighted area of town that hasn’t been developed in more than 100 years.