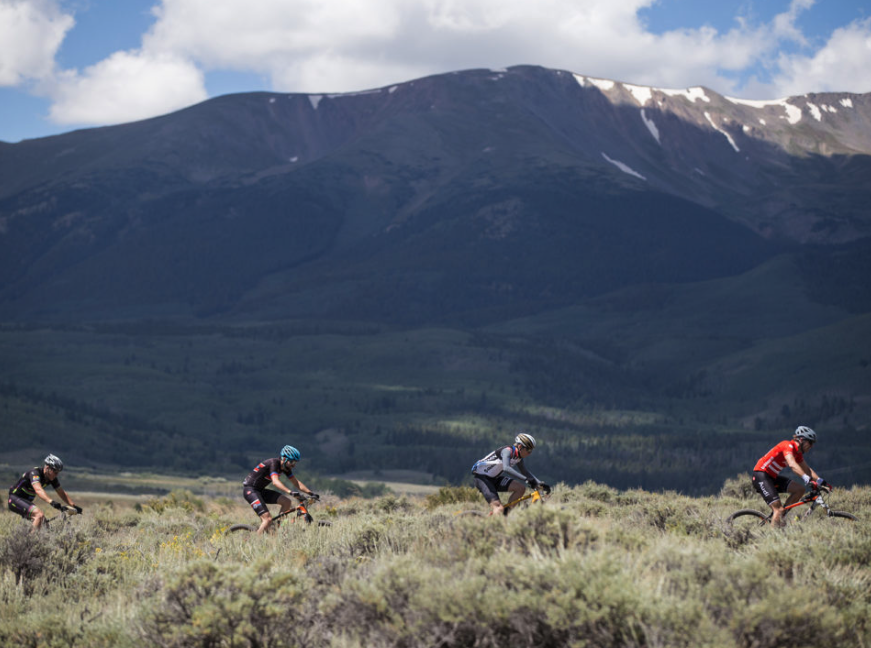 The word is getting out: Leadville is the next cool mountain town. 5280 recently featured a First-Timers Guide to Leadville.

The first thing you notice as you approach Leadville from either the north or the south on Highway 24 is the two enormous silhouettes of Mt. Elbert and Mt. Massive—the state’s two tallest fourteeners—prominently visible from any angle. That goes for the view from town, too, as you stroll Harrison Avenue, Leadville’s main throughway, lined with pastel and brick storefronts built during Colorado’s Silver Boom in the late 19th century. Over the last 30 years, however, Leadville’s become better known as a destination for endurance sports junkies, thanks to the Leadville Trail 100 Run—a hundred mile race that tackles some of the state’s most rugged high-altitude terrain—and its spin-off mountain biking and trail running series, which draw crowds of svelte ultra-runners and cyclists each summer. The byproduct makes for a quaint, walkable few blocks of shops, museums, and eateries, and a plethora of natural amenities to explore—all at 10,200 feet.

Leadville’s National Mining Hall of Fame and Museum anchors the top of Harrison Avenue as you enter downtown, and holds a trove of local history perfect for exploring on a rainy day. If the sun is shining, though, be sure to hop aboard the Leadville, Colorado & Southern Railroad, for two-and-a-half hour scenic rides along the lines that used to connect Denver to the town throughout the summer (tickets start at $41 per adult). At the tail end of Harrison Avenue, you’ll spot the Tabor Opera House, a high-society relic of the Victorian era which recently secured funds for a major renovation and restoration (set to begin later this year and into 2020), and still hosts Colorado entertainers like Hazel Miller during its summer concert season.

For such a small town, there’s almost too many options to choose from to explore the vast National Forest surrounding Leadville. In the winter, there’s Ski Cooper, which celebrated 75 years in 2017 and was the former training ground of the original 10th Mountain Division troops. The area also offers cross-country skiing at the Tennessee Pass Nordic Center, or (for free!) throughout the web of snow-covered roads around Turquoise Lake that close to traffic each winter. In the summer, you can bag the state’s two highest peaks (Mt. Elbert and Mt. Massive at 14,433 and 14,421 feet, respectively), or use Leadville as your home base while you tick off any one (or more) of the 13 other fourteeners in the Sawatch Range within an hour’s drive. Then there’s the trail running and mountain biking scene, which reaches its crescendo in August when the Leadville Trail 100 Run brings thousands of runners, sponsors, and spectators to the area. For information on day hiking, backpacking, or camping, be sure to stop by the Leadville Ranger Station on your way through town.

Read more about where to Eat & Drink, Shop and Stay.